A Conversation with Artist Richard Hunt 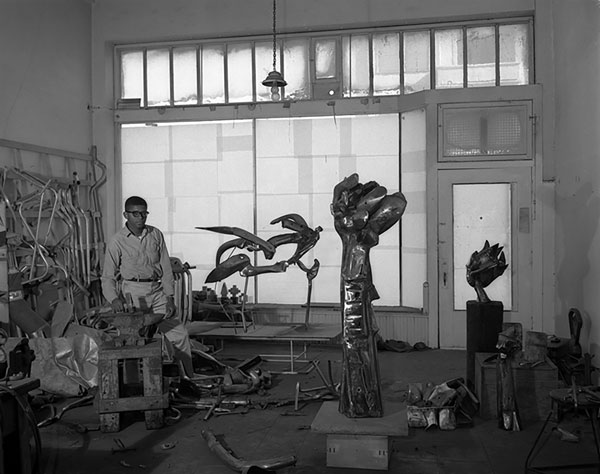 In October 2021, Chief Curator Emily Talbot and Graduate Intern Frances Lazare spoke with Richard Hunt about his fellowship at the Tamarind Lithography Workshop in 1965 and the prints that he produced there.

The following interview has been edited for length and clarity.

Emily Talbot: Welcome, Richard, and thank you so much for speaking with us. We’re eager to learn more about your time in Los Angeles and your residency at the Tamarind Lithography Workshop. Could we begin by hearing what brought you to Los Angeles in 1964?

Richard Hunt: I was invited to be a visiting professor at the Chouinard Art Institute, and it just so happened that some people I knew were involved with Tamarind. And they said, “Why don’t you do a session at Tamarind?” And interestingly, [Kenneth Tyler], who was running the shop at Tamarind, had been a student at the Art Institute of Chicago, and we were students at the same time, so it was kind of our reunion.

ET: I’m interested in your relationship with Kenneth Tyler, because I understand that he developed a very particular technique called acid tint that helped you to achieve the tonal qualities and gradation of form in some of your prints. I’m curious if that was something that Tyler developed in conversation with you, or if that was a technique already in his wheelhouse?

RH: It was the latter. I had the opportunity to try a little of this and a little of that, which took me beyond the lithography I had done at the Art Institute. After I graduated, I didn’t have a lithography workshop in my basement or anything, so it wasn’t until Tamarind that I got back into it, which I was happy to be able to do. And then subsequently I worked with a couple other printmaking places. Tamarind’s success got a number of people involved in doing something similar. 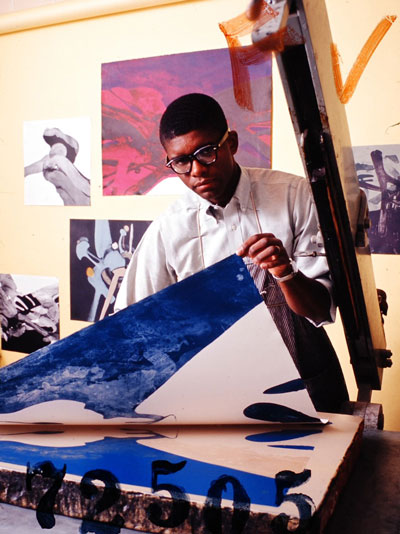 Frances Lazare: On the entry card for Details, it mentions that Tyler was assisted by several artist fellows, one of whom [Kinji Akagawa] is represented in the Simon collections. What was the social environment of Tamarind like?

RH: Well, it was one where more than one person would work on things. And people would [make] a suggestion to the artist, “Well, why not try this? Why not try that?” So there was a sense of just passing ideas around and maybe through somebody else’s idea, understanding or suggesting and take something a little further, add a little more color or something like that.

ET: When you were working on the prints, did you come to Tamarind with a vision of what you wanted to execute?

RH: It wasn’t like, I’ve got this suite of prints that’s going to be about this, that, or the other—no. It was more spontaneity. Let me try this out, let me try that out. It’s more the gesture, the interplay of whatever starts to develop on the stone or the metal.

ET: It’s pretty remarkable how well preserved the prints are. They look pristine, like they were made yesterday, and I think that has a lot to do with the quality of the paper that Tamarind provided. 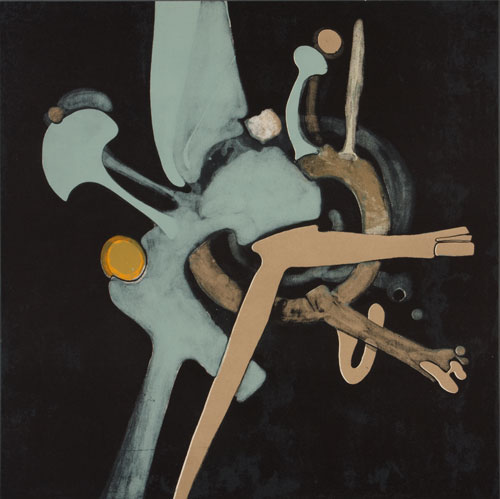 RH: One of the things about the Tamarind experience was this idea of being very precise. Using the best color, material, tool in a place that really [had] gone all out to do the best in all these different areas with the materials, the interactions.

FL: What was it like working across different formats? The suite takes this smaller scale, but then some of the other prints are a lot more expansive.

ET: The title of the portfolio Details certainly gives us a clue that you’re thinking about sculptural properties and the ways that these prints isolate certain discrete aspects of their forms. I’m curious if the lithographs depict actual sculptures, or if there is a looser relationship between these two facets of your work.

ET: Do you feel like the prints have a different status as objects than your sculptures, that they might be about expressing something and the act of depiction more than completing a sculpture would be?

RH: I think you’re right. I think it’s more a work of the moment. It goes from my hand to the metal or the page or whatever as opposed to being developed over time, the way the sculpture develops over time.

ET: I’m certainly interested to hear more about your memories of being in Los Angeles in the ’60s. The Pasadena Art Museum was on Los Robles back then, and you mentioned that you had a chance to visit. Do you remember what the museum was like then?

RH: It was actually a delightful place. The words that come to mind: earnest, honest, and artist friendly.

Richard Hunt: Details is on view in the Museum’s focus gallery on the main level from February 25–July 4, 2022.