A Conversation with Tim Street-Porter, Photographer 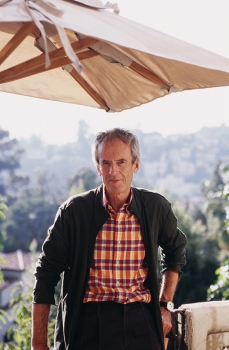 This interview between Director of External Affairs Leslie Denk and Photographer Tim Street-Porter first appeared in the Museum’s Spring 2015 Newsletter.

In the summer of 2013, the Museum commissioned celebrated photographer Tim Street-Porter to photograph the Sculpture Garden over the course of the year. His photographs beautifully capture the magic of the garden, created by landscape designer Nancy Goslee Power some 15 years ago, and serve as the backdrop to the Museum’s newest publication, A Living Work of Art: The Norton Simon Museum Sculpture Garden, out this season. Director of Public Affairs Leslie Denk asks Tim about his globetrotting career and his experience of spending so much time in the Museum’s Sculpture Garden. 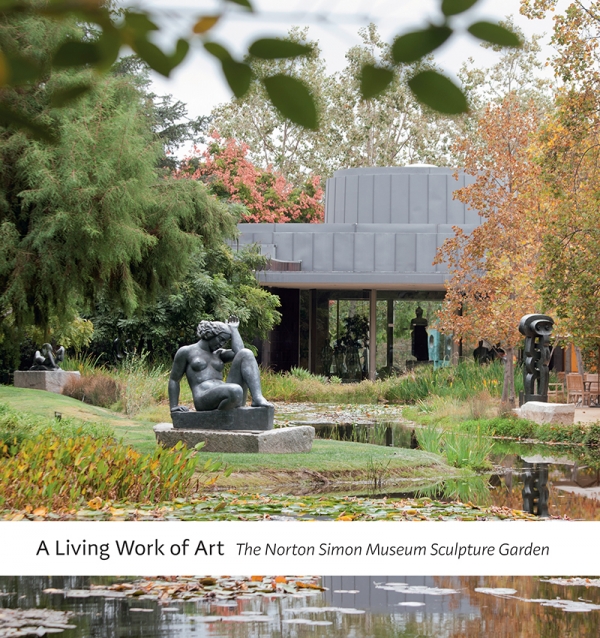 Leslie Denk: Tim, I want to thank you for taking on the garden book project, which required you to photograph the garden over the course of the year. There were times when you squeezed in a day of shooting between some pretty exciting assignments in exquisite locales, which I must admit made me a bit envious. How did you become such a successful landscape and architectural photographer?

Tim Street-Porter: I originally studied architecture in London. As graduation approached, I switched to photography, not wishing to spend my life in an office. I continued to love architecture, of course, and this earlier grounding helped me to intelligently decipher what I was now seeing through a camera lens. My involvement in landscape photography is probably enhanced by my childhood spent in the English countryside, a life immersed in the natural world.

You mention my sessions at the Norton Simon as squeezed in between other assignments. I prefer to remember those days as a calming respite from more stressful assignments. I enjoyed the anticipation as I made my early morning drive from my home in Hollywood to Pasadena. The garden was very peaceful at that hour in the morning—I had it all to myself—and it was fun gently circumnavigating the pond, checking for new flowerings and observing how the light was falling on the sculptures. It made me forget about the outside world and resembled a meditation, which is always a primary function of a great garden. 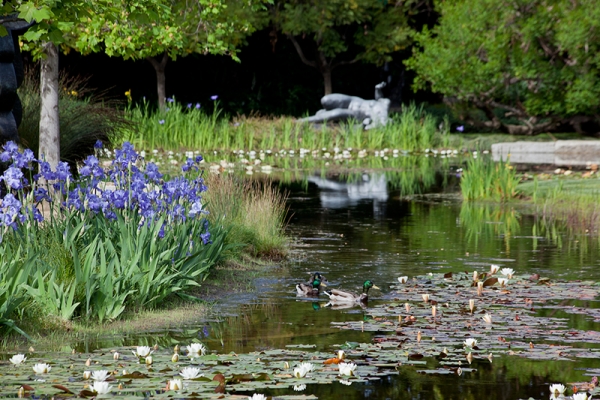 LD: You’ve photographed many renowned gardens, including some by Nancy Goslee Power. What makes her work stand apart?

TSP: I think Nancy approaches landscaping as a painter would (she is an accomplished and dedicated watercolorist), trusting her instincts and accessing her vast knowledge of what works where. 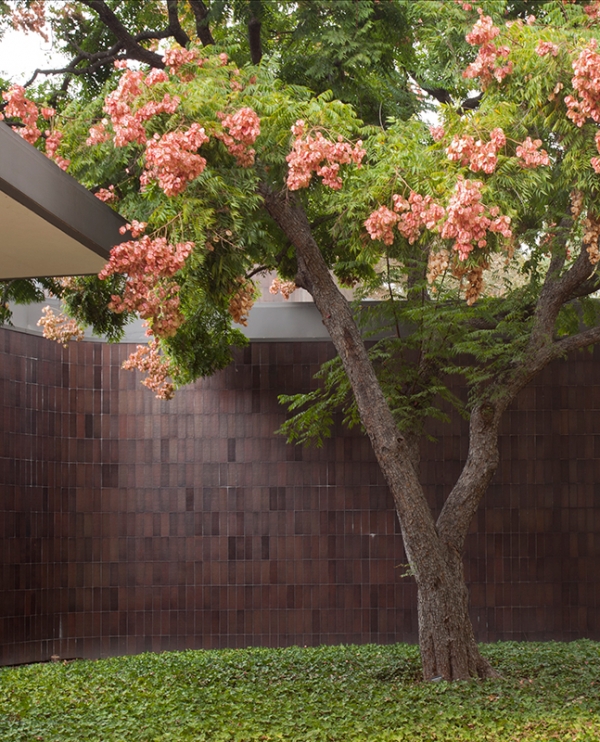 LD: At the start of the project, we hoped that the 2013/14 winter might be a rare one in which it snowed. Instead, it turned out to be extremely dry and warm. How did you experience the seasons here at the Museum?

TSP: Having lived in L.A. for many years, I am used to the subtleties of its weather. It’s true that I jokingly hoped for snow, knowing that in the mid-1960s, Pasadena was indeed carpeted with it. Another surprise snowfall would have given the garden a magical transformation—the sculptures would have looked incredible. As it was, and given a year of very little rain, anything hinting at seasonal diversity was eagerly grabbed by my camera.

Reviewing the pictures, I see mood-scapes reflecting the seasons. Pictures taken in the spring are bright and exuberant, while fall images are often a little melancholy. 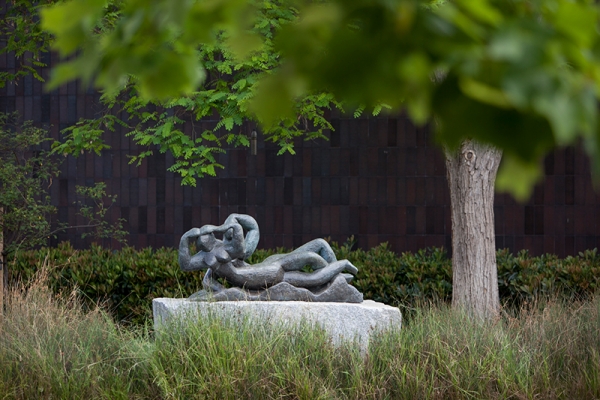 LD: In addition to capturing the garden’s plant material, and some visiting wildlife, you photographed the 40 or so sculptures that reside outside. What is your approach to shooting artwork in such a setting?

TSP: It’s all about lighting. I photographed each sculpture several times, and this conclusion became all the more apparent. Also, it was great when Nancy’s contributions made a great setting, as they often do. Also, Nancy played a strong role in the placement of many of the pieces in the first place.

LD: Late last summer we spent a day selecting the photos for the book. It was quite brutal, eliminating so many gorgeous pictures—the book easily could have been 1,000 pages. You had such a thoughtful and joyful approach to the garden. What was it like, spending so much time in one location over such a long period of time?

TSP: After a while, visiting the garden was like returning to an old friend—with something new to offer every time. I began to appreciate that all these new flowerings, color matchings and developments of scale and texture had been carefully orchestrated by Nancy into a twelve-month cycle, like a musical composition. 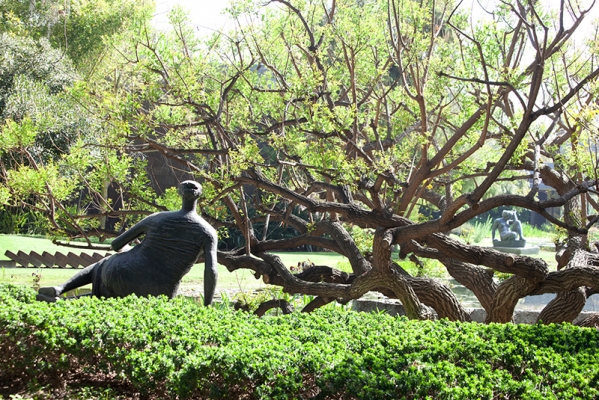 LD: Finally, did the project change the way you feel about the Museum’s garden?

TSP: I have been an occasional visitor to the garden for many years. Now I appreciate the careful relationship between the plantings and the sculpture, with a new appreciation for both.